Home
Blog
David's Guide to all things Media Transfer.
Why you should hire only the best professional photo scanning service.

Why you should hire only the best professional photo scanning service. 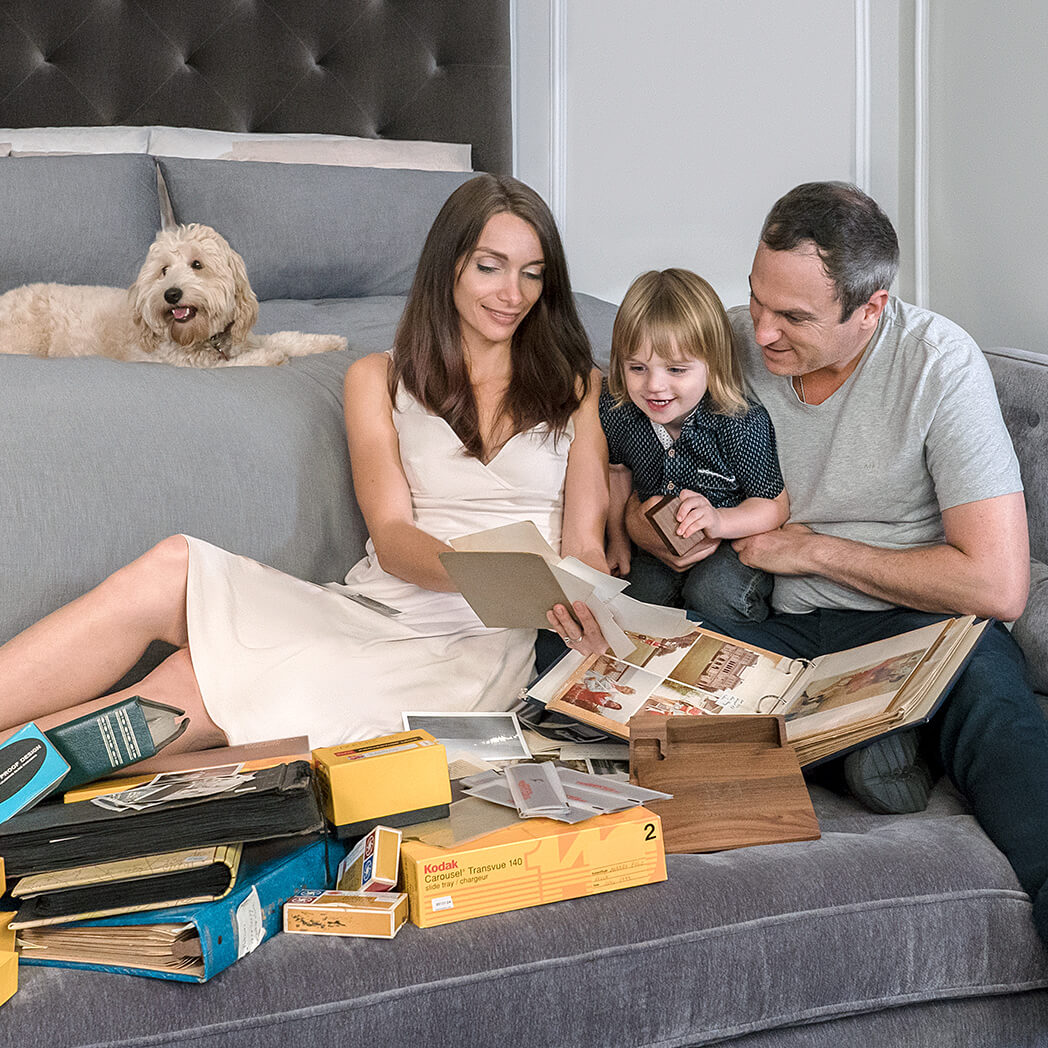 Perhaps you are aware of the necessity of digitizing your photos, but you're just postponing it. Maybe you’re thinking of scanning your photos in the future or buying a new and better scanner to do it. You may even think about asking your tech-savvy relatives to do it at some point.

These are the possible reasons why you're not scanning your photo collections; however, have in mind that film and paper photographs aren't eternal. Maybe sooner than later, that capture of a precious moment could be just a memory.

The passage of time, humidity, dust, and even UV light wreak havoc on the photos without us realizing it. Even if we have them in proper storage conditions, deterioration is constant. The next time you see your photos, you notice it and, perhaps, it's too late.

Because of this, instead of postponing it, you should start thinking about hiring a professional digitizing service. Not just any service, though: after all, they'll handle your precious memories. You need to think about the best scanning photo service.

A good scanning photo service will not just digitize your photos, but will also enhance their colors, giving back their shine if they’re damaged by the years.

It will charge you really little per photo scanning, and also the opportunity to scan entire photo books, or 35 mm slides.

Lastly, it will give you the chance of storing your scanned files in their cloud offered for you to have access to it anytime you want. Also, you’ll get a personalized USB stick or disc for you to have all the digitized photos with you.

Nevertheless, it doesn’t have to convince you right away. Join us as we show you a few reasons why you should definitively scan your photos as fast as possible.

Reasons Why You Need the Best Photo Scanning Service

This one was before written on the back of some photos, but had the risk of ink smearing and staining other photos. This way, some photos’ places and their participants' names went lost in our minds.

Fortunately, with digitized files, you can name them with the place they were taken and the people that show in them. Even if you forgot some faces or places shown in the pictures.

Do note that you might require your family’s help to put everything together, but that’s a plus.

Once everything is named and labeled properly, you’ll never forget who was in the images or where they were taken. At least if you do, you can read it fast and remember it again.

This is a serious point. Let's take a little break, take one of your old photos and see it.

Do you see the difference in color between the moment of taking and its current state? Probably not, but it isn't because it hasn't changed at all: it's because the deterioration is slowly degrading your photo.

One day, you'll see paler or totally different colors. When you notice that change, it’ll be too late already.

In fact, your photo won't look like when you took it decades ago; they’ll have color-shifted. Sadly, there's nothing we can domestically do to stop the natural degradation of printed photos.

Luckily, the best photo scanning service will help you with color correction. This will reverse any color shifts in your beloved photos, and the digital files will not deteriorate.

This doesn't mean that this will happen to you. At any rate, we hope you'll never have to face such situations.

However, one thing is sure: it's a possibility that we never consider until it actually happens to us. House insurance will replace all the damaged possessions and structures. What they will never get back are the precious photos and the memories they hold.

Even if you have them stored in special boxes, the heat produced by a fire can damage the printing. The same goes for the humidity caused by flooding. In any case, you can have your photos ready to evacuate in case of a disaster, but it is unpractical and unlikely.

The smart way of protecting your photos from that kind of damage is by having your photos stored in the cloud or even on a USB stick. With this, it will be impossible for fire and water to wipe your precious memories.

Backing Up Your Photos 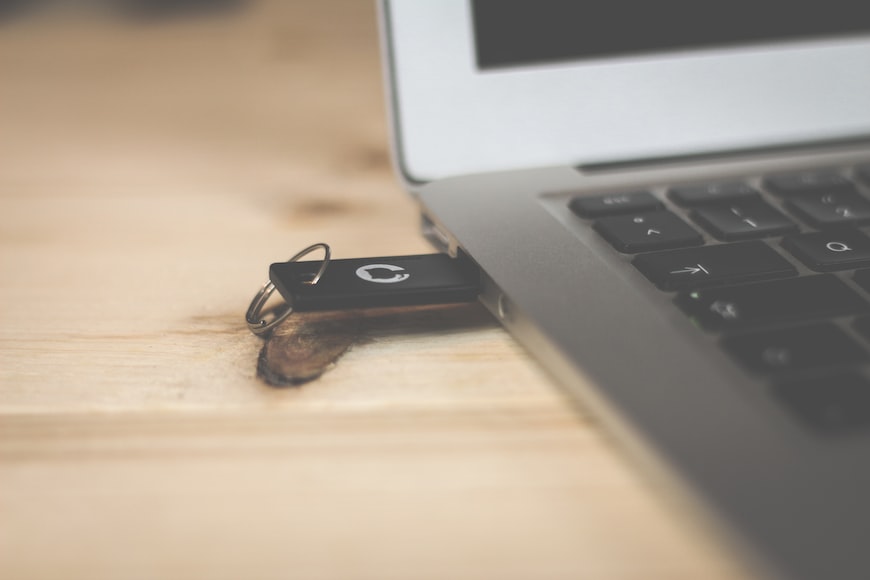 When it comes to important things that you don't want to lose, having a backup is important.

Having two copies of the same photo is better than having just one that if you lose it will be lost forever. Naturally, more than one copy is even better.

But having two or more of each photo would carry a storage problem: where would you place all the copies? And, also, it won't solve the deterioration problem.

Having plenty of physical copies isn't the solution, but what about having several digital copies? You can store them on different computers, cloud services, or even your mobile device. There are plenty of options to have multiple backups all around you.

As a matter of fact, having digital copies doesn't replace the original pictures, but you can just print them again should they get deteriorated. Having a high-definition file stored in your cloud will allow you to do this as many times as you need.

Say goodbye to losing a precious picture ever again!

This doesn't mean that an accident has to occur. Of course, we're not trying to discourage you from sharing beautiful family moments and revisiting the places that the pictures show.

Regardless, if some liquid were to be spilled over them, the photos will be ruined in the blink of an eye. Additionally, if it is shared with muffins or another pastry, hands not fully cleaned will leave residues such as grease. These residues will deteriorate the picture over time.

By having all the family photos on a USB stick, for instance, you can plug it into the living room TV and watch together without touching any original.

On the other hand, you can still see the printed version without worry, as now you can print them again whenever one gets damaged.

Whit scanned photos, the choice is up to you!

Simplifying the Process of Sharing Copies to Family and Friends

Do you have a picture of your grandpa that everyone in the family wants? It's fair for them to want a picture of him. Nonetheless, giving the original copy to another relative wouldn't solve the problem of everyone else still wanting it, including you.

So, why not digitize said photo and send a digital copy of the photos to anyone who wants it. Now your family members will be able to print it on their own if they want to.

Photos will always be the best way to keep your loved ones close. By hiring the best photo digitizing service you will be able to have them all in one place forever. Forget about damage caused by time, weather, etc. Scan your photos today!